Temple in the Sea 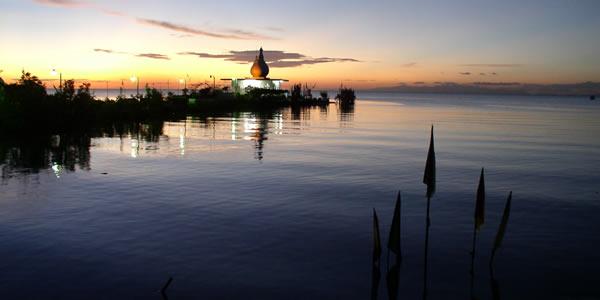 This Hindu temple is regarded as a National Treasure to Trinidad and Tobago. An Indian labourer, Seedas Sadhu, had constructed the first temple on the seashore in 1947. It was demolished because it had been built on MacMillan Park, private property belonging to Tate and Lyle Limited, one of the leading sugar companies. Sadhu was sent to prison. He subsequently decided to build the temple in the sea. It took him 25 years to build singlehanded with only his bicycle to transport materials. This temple is on a man-made island and is connected to the mainland by a pedestrian causeway. Images and murtis of Ganesh, Siddartha and other Hindu deities are displayed in an exquisite manner.

The temple, which was rebuilt in 1995 under a committee of which Randal Rampersad was Chairman, received assistance from the Unemployment Relief Programme (URP), as well as from overseas.