Nariva Swamp and the Manatee 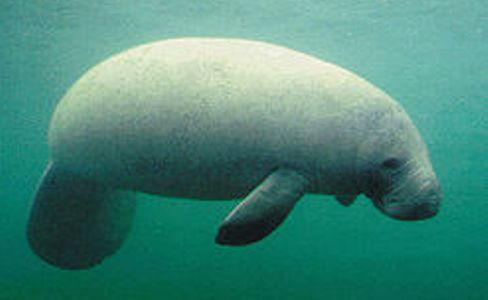 The geology of Trinidad’s Northern Range indicates that it is the easternmost extension of the South American mainland cordillera.  The most southerly island of the Caribbean archipelago, it supports a range of ecosystems from tropical rainforest to savannas and wetlands, one of the largest of which is Nariva.

This freshwater swamp on the south east coast of Trinidad supports species that are found in no other Caribbean island. Among them are the West Indian Manatee, the Anaconda, Red Howler and Capuchin monkeys, caimans, the blue and gold macaw (now being re-introduced after being hunted to extinction), native palms such as the Moriche and different species of mangrove. It is an important wintering spot for migratory waterfowl, and a breeding ground for fish.

In 1993, Nariva was declared a Ramsar site of importance, an environment to be preserved for declining waterfowl.

The Manatee is just one of the species that has been actively protected through the attention of environmentalists seeking to preserve Nariva as a valuable ecosystem. The Manatee Conservation Trust started as a “Protect our Earth” programme of the San Juan Rotary Club in 1990. Today, the Trust is a not-for-profit organization whose conservation work in Nariva is supported by income from a 500-acre estate that extends 12 kilometres along the Manzanilla beach.

The West Indian Manatee, Trichechus manatus, can be found in habitats from Florida to northeastern South America (distinct from manatees found in the Amazon). The Manatee can grow to three metres long, and weigh between 900 lbs (400 kg) and 1,300 lbs (600 kg). They can withstand large changes in water salinity, and have also been found in shallow rivers, estuaries and in the sea adjacent to rivers or swamps. Adult females may have one calf every two to five years. The gestation period is 13 months; and a calf will stay with the mother for two years.