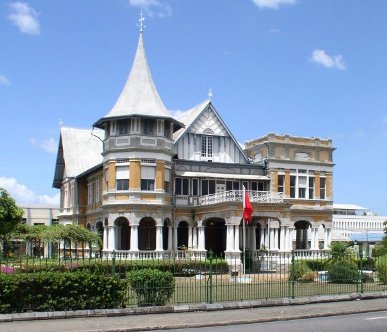 The building was designed and built in 1904 by Taylor and Gillies for William Gordon Gordon as his residence at a cost of $100,000.00. It is composed of imported yellow bricks and hand hewn local limestone. The marble on the verandah which surrounds the ground floor was imported from Italy and the wood for the magnificent staircase is purple heart from Guyana. The ceilings to the ground floor are plaster of Paris with gesso work executed by an Italian craftsman.

In June 1956, Knowsley was purchased by the Government of Trinidad and Tobago for $250,000.00 for use as offices for the Ministry of Foreign Affairs.